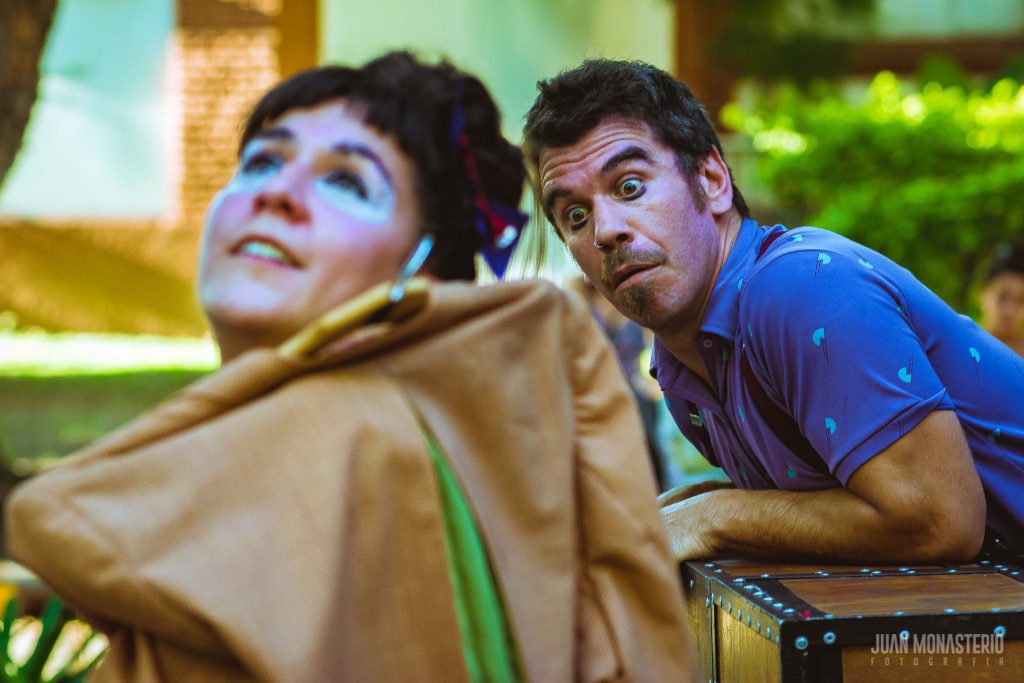 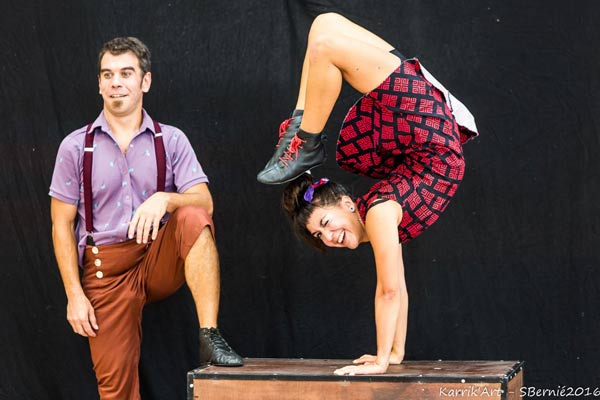 “Historias de un Baúl” (Trunk Stories) is the tale of Fidel and Capulita, two endearing circus characters – partners, wanderers, dreamers – who travel through life with an old trunk, always on the lookout for any new audience they can surprise and entertain.

Juggling balls, hula hoops, acrobatics on the trunk and crowd participation make up the scenes of this original. 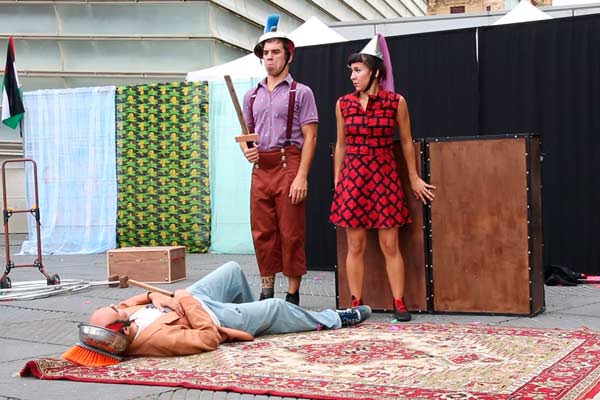 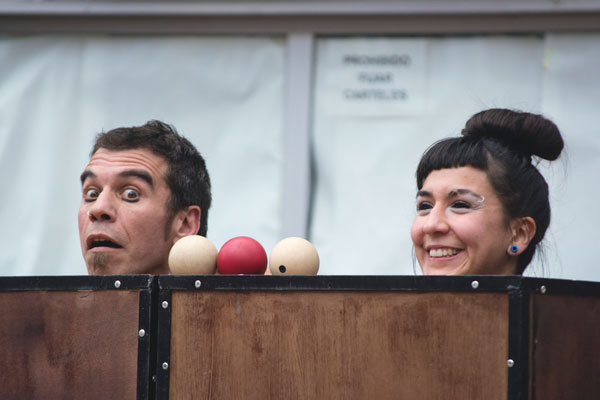 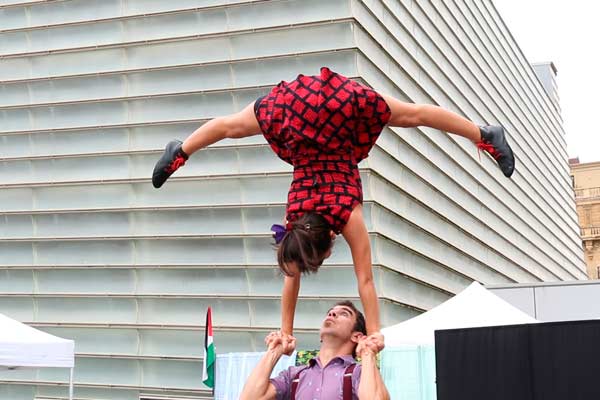 Trotamundos is a circus company founded in 2015 in the city of Buenos Aires, Argentina, by Mailén Mansilla and Luciano Mezzotero.

Its main goal is to create unique shows using acrobatics, the manipulation of objects, hula hoops and clowns as the tools with which to tell stories without speaking and that can be performed in multiple spaces to reach an endless number of audiences.

In 2016, they settled in Bilbao, the Basque Country, where they began to create their show “Stories of a Trunk” under the direction of Txefo Rodriguez.  After 2 years of research and exploring, the show was premièred in May 2017 at the “Umore Azoka” fair in Leioa.

Since then, it has been performed more than 80 times in Spain, France, Algeria, Argentina, Chile and Brazil 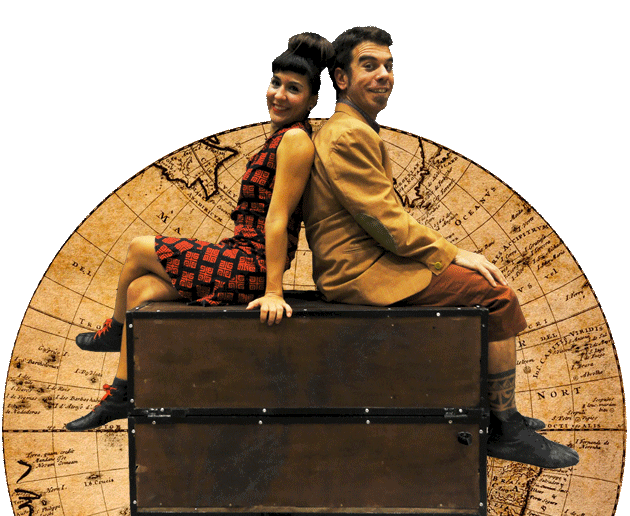 Began her circus training in 2006 in La Arena school in Buenos Aires, Argentina,where she specialised in floor acrobatics and acro-duo.

She continued her training throughout the following years in other schools such as “Le Tramp”, “La Caravana” and “Racing Club Gimansia Artística”. In 2010 she began a circus arts degree at Tres de Febrero National University (UNTREF) where she received training in juggling, acrobatics, dance, performance and vocal techniques from the likes of teachers such as Mario Perez, Juan Cruz Berecoechea and Cristina Moreira.

In 2013 she formed the circus company “Circo Marea”. Their first show “Destellos” was created in 2014 and their second “Contra Viento y Marea” in 2015, in which she made 150 appearances. Highlights included two summer seasons in the resort city of Necochea and participation in the 4th edition of the art and technology Megaferia in Buenos Aires’s Tecnopolis.In 2015 she created the “Trotomundos” company with Luciano Mezzotero with whom she premiered their first show “Historias de un Baúl” in the 5th edition of the Circus Festival of Necochea.

At the present she is living in Bilbao, performing shows and teaching workshops in hula hoops.

Began his training in 1998 La Arena circus school where he specialised in juggling, acrobatics and dance disciplines under teachers such as Diego Lejtman, Teresa Duggan and Gerardo Hochman.

In 2001 and 2002 he took a vocational training course in La Arena which culminated in the creation of the show “Vibra: un coro circense”. In 2004 he performed in the show “Carambola”, directed by Carolina Della Negra. In 2005 he moved to Bilbao (The Basque Country) where he formed the “Debote Enbote” company with Gorka Pereira and Aritza Rodríguez and went on to create two shows: “Ensillados” (2006) and “Argotu”(2009).

He began to train as a clown in 2007 with different teachers such as Guillermo Angelelli, Lila Monti and Darío Levín. Between 2012 and 2014 he lived in Argentina and formed the company “Los Wilson Brothers”, with whom he performed in the shows “Carcajada mata galán” and “Témorais”.

In 2015 he moved back to the Basque Country to perform in the show “Txatarra” with the company “Malas Compañías”. At the same time he created the “Trotamundos” company with Mailén Mansilla and premiered the show “Historias de un Baúl”.

Since 2000 he has taught circus skills, giving workshops in juggling and acrobatics to children as well as adults. During this time he has performed in many different countries: Argentina, Brazil, Colombia, Mexico, Spain, Andorra, France, Greece and Algeria, to name a few. 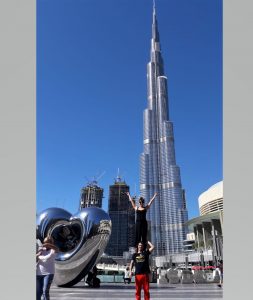 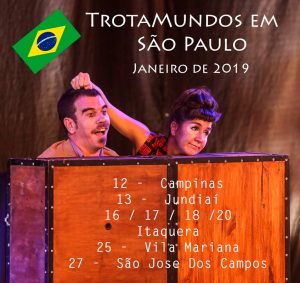 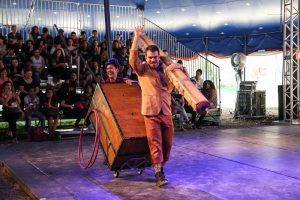 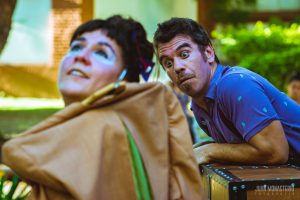 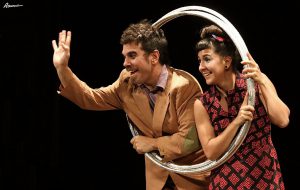 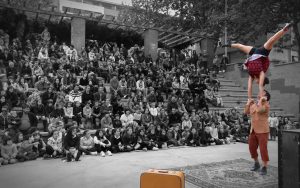 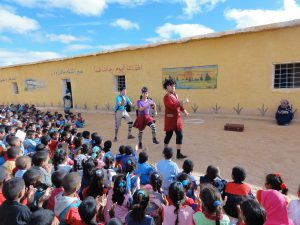 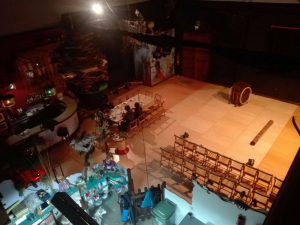 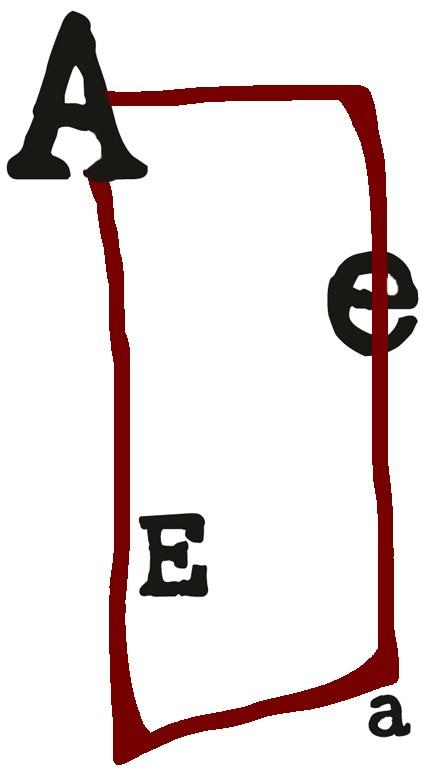